The other day I was reading an article on travel fails and it took me back to the time we almost missed our train in Rome. As I read, I connected with those bloggers as they spoke about frantically searching for their misplaced passport a few hours before they were scheduled for departure, or how they patiently waited for hours for their delayed flight. For those of you who I have not yet told this story to, my boyfriend and I took a Europe trip in 2017 and almost missed our train from Rome to Vienna. To save myself the trouble of repeating this story to friends again, I’m finally going to document it on my blog (something which I should have done long ago.)

For all those who’ve already heard this, I can’t believe you didn’t get me to write this down earlier (would have saved you the boredom of listening to not-so-good storytelling.) For those of you new to my world, here’s an introduction to the drama.

We landed at 2:00pm, and made our way through the city to our Airbnb. The airport is 40km from central Rome, so it was 6:00pm by the time we reached Piazza del Popolo. We checked in, met our super fun, super helpful host Giovanni, and settled down into the room that overlooked the road leading to Piazza del Popolo. The sun was shining brightly, so we thought we had some time to take a breather and head down for dinner. It was day 1 of the European summer and we were not ready for the sunlight at 10:00pm! Anyhoo, long story short, we headed out for dinner at 11:00pm, got ourselves the world’s best pizza (seriously, cannot eat the pizza here in India anymore after tasting what the Italians made #snob) Passed out at 1:00am, woke up at 4:30am with the sun shining brightly on my face. Fun times. 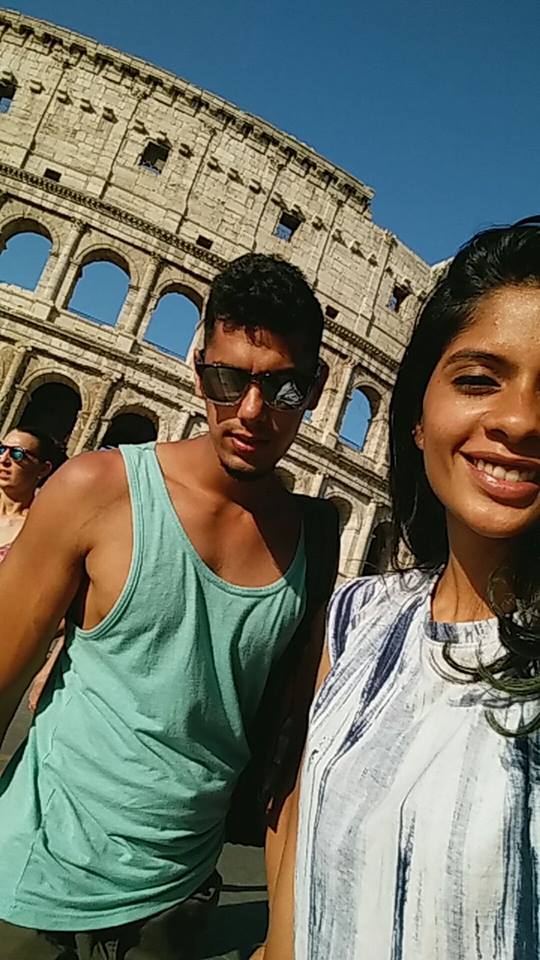 We got ourselves some black coffee, a croissant each (when in Rome…) and spent the day cycling and sight-seeing. We stopped by for some chicken wings, pizzas and gelato, and swore to ourselves that they made them best in Italy.We got ourselves a gorgeous tan too (and great leg muscles because we cycled all of Rome!) and some amazing leather goodies from thrift stores. We conveniently put aside the task of booking our train tickets to Vienna because NO ONE told us that things here are not like the way they are in India (The Shivneri bus ticket will always be 425 bucks, even if you’re getting on to a bus that  is about to depart. ALWAYS!) So of course we spent the whole day loitering around like aimless tourists, procrastinating in perfect harmony. 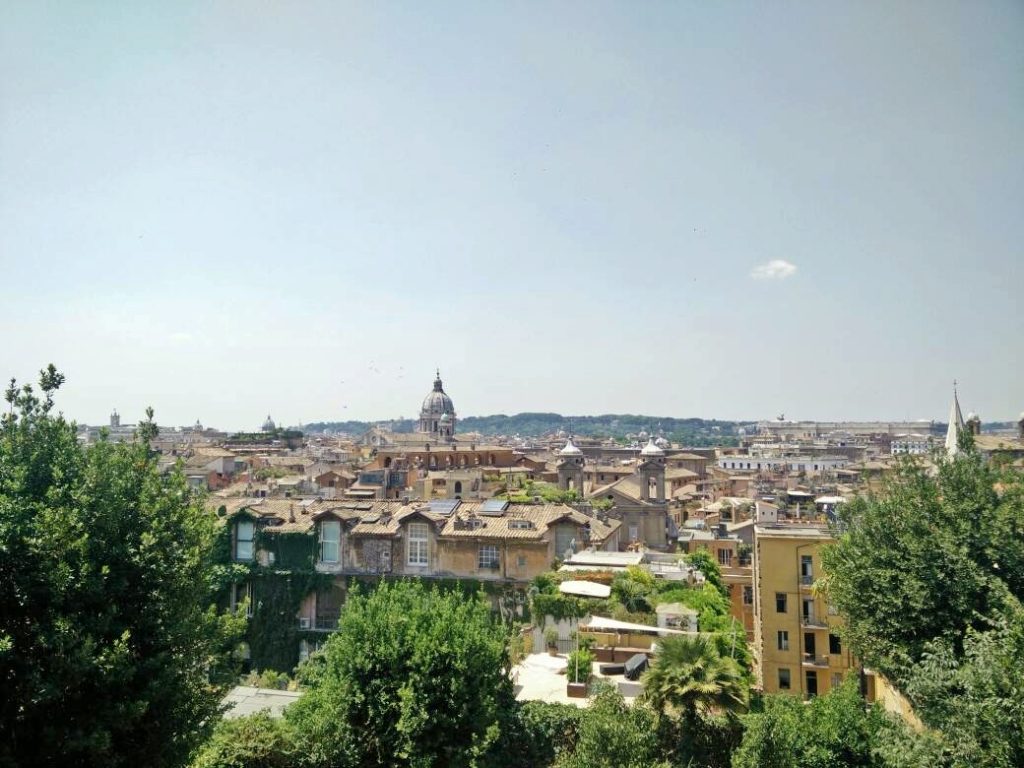 We are aware that the train departs at 7:00pm. We also know that it’s time to book our tickets before we reach the station  just to save some time. It’s 10:00am and by now we know that online train tickets for 200 euros PER PERSON is a stupid idea(when I had checked it online 2 weeks before traveling, it was 50 euros per person.) So of course we take the cycles and go to the bus station, which turns out to be 17km away (WHICH NO ONE TOLD US ABOUT!) The maps were playing a game with us, and I kid you not I have explored more of Rome than what the Romans ever did (can totally tell you the exact corner in which you will find the water fountains in the suburbs) Things started to move downhill as soon as we got to the bus station. This is where you sit up and pay attention.

We were told that the bus tickets sold at the counter were for 140 euros each. Which was still better compared to 200, but being true Indians at heart, we knew there was a discount code somewhere. We cycled back to Piazza del Popolo, dejected and secretly hoping that we’d find a train to get on to at the station itself (sure, because you can never take the Mumbai locals out of an Indian who’s lived in Mumbai) We stopped by at a salad bar a few meters from the Airbnb, trying to think of another option to get to Vienna. Tired, dehydrated and super sad, we’re digging into the salad bowl kept in front of us when we see a deal pop up on OBB  (told you, we Indians are great at sniffing deals!) A 50% off which means we get two tickets in 180 euros OMG YES PLEASE! We immediately got down to booking it and were *this* close to payment when we realised Payment by Credit Card was the only option they had. What we had were travelers cheques and debit cards that surprisingly gave up on us. So we rushed back to our Airbnb, asked Giovanni if we could help us with this, and he was kind enough to leave his work and make sure we got our tickets. But turns out the Universe wasn’t letting us get off this easily. Giovanni’s credit card wasn’t working, and we were stuck once again. The clock was about to strike 4 and we were still miles away from the train station. As luck would have it, my best friend in Pune finally came to some use as he helped us with his card details over WhatsApp. The clock struck 4, our tickets had been booked, and we were ready to leave! We were on schedule, and super proud of ourselves as we left the Airbnb at 4:20pm. Giovanni, thank you once again. We miss you <3

We ended up walking 3km up the road with our luggage to the subway station, because Rome was shut due to some political disturbance, and would open post 5:00pm. Convenient, eh? (Rome reminds you a lot of India sometimes!) We reached the subway station, and guess what? The clock strikes 5, the subway starts functioning, we get our tickets, and we head to the main train station. Our arrival has been perfectly synchronized with the “lockdown” and we’re super pleased with ourselves, taking this as a sign and what not.

It’s 5:20pm and we are inside the train station, enjoying a cup of black coffee and croissants. I have made mental notes to go to the Victoria’s Secret store that I crossed while entering the station, and am completely oblivious to the fact that we have not seen any trains at the station till now.

This is probably the only time I will thank God for making the boy so curious about every little thing in life. Had he not been playing around with the Wi-Fi, trying to translate the German ticket into English, we would never have figured out that what we were holding was in fact just a confirmation of the booking. The ticket was yet to be downloaded. Okay, fair enough. When we click on the link to download, the Wifi switches off. Okay, we’ll get it back, right? 5 minutes of no network and we are allowed to start panicking, right?

10 minutes into this and we have realised that the internet has completely stopped working, and what we have is a confirmation of our tickets with a booking number. No PNR, no train number, nothing.

We run back to the entrance, and realise we have been in the basement all along. I kid you not the station was bigger than any of the malls that I have been in. We ran like it was the end of our lives (with our luggage in tow) and reached the main station upstairs. First thought-wow. We literally stopped in our tracks to see the grandeur of the place, and it hit us right in the face: WHERE DO WE GET OUR TICKETS FROM IN THIS HUGE, PALATIAL KINGDOM?

Kiosks were right ahead, so it wouldn’t be that difficult. HAHAHAHA. Guess what? None of the kiosks are giving us our tickets! So not only have we tried 8 different kiosks, we have also wasted plenty of time. 25 minutes remain for the train to depart, and we do not have a ticket.

I got a mini-panic attack where my palms went sweaty, mouth dried up, stomach started hurting SO BAD, and I felt there was no hope left in the world. A customer service center somewhere close by was slowly calling out token numbers. On getting our token number we realised by the time they’d attend to us it’d be too late. So here we were, stuck and hopeless.

This is also the only time I have seen the boy panic a little, and that look of hopelessness (that  he tried hiding from me) on his face sent me deeper into my hole. Thank God for his extrovert-ism that he managed to talk to a dozen tourists who all confirmed that what we had was not the ticket, and tried helping. Unfortunately, no luck.

By this time I am legit panicking and suggesting Bollywood things like “let’s just get into the train I shall cry we shall figure how to deal with this” or “let’s just get into the train and pretend to not understand English.” The boy at this point has given up, and we’re both ready to face the truth- we’ve lost money, and now we’re stranded on a budget trip we were planning to take. Nice!

The train pulls in, there are 10 minutes left for departure. We still do not have a ticket. If only we could get internet, things would be fine. But the WiFi option wasn’t working so we really didn’t know how to deal with this. For one last time, the boy switched on the WiFi to see if we got lucky. The signal we received was that from a small Mc. Donald’s outlet (love you Mc D!), and before we lost the signal strength, he clicked on the link to the ticket, took a screenshot, downloaded it and boom! We were ready to leave! The internet signal vanished just then. I really do think that was the Universe’s way of saying okay fine, I’m giving you another chance to save this.

We ran to the platform,  got inside the compartment, sat down opposite each other, and laughed so hard that we almost cried. The train pulled out in a few minutes, and we were off to Vienna. FINALLY.

It’s in a moment of utter chaos that we realise some beautiful things about life. This has got to be one of the best adventures that we’ve had together. This was an epic start to the trip, because not only did it make me realise that I could face the challenges life threw at me, but also that we made a great team together. Had he been panicking, I know this would have been a lost cause. He kept calm, handled me and a situation, and made US win. Well played Universe, well played, but I got a strong team member with me.

They say that whoever visits Rome comes back again. It’s with this hope that we bid goodbye to this charming city as it rushed past by the train windows, all those crowded lanes, thrift stores, churches, castles and fountains; the Eternal City of Rome stood still, smiling at us knowingly as we moved away.