Over 50 DMs and emails asking me about safety while working out prompted me to do some research and write this one. In this post I talk about women who have taken up the fitness journey encountering harassment, and how  do we deal with it. I’d love know your thoughts too!

There are some personal examples and some examples that my readers shared with me (no names mentioned) Point here is to acknowledge and address harassment. Hope I can make sense to some of you :)

Welcome to the world of a woman, where every single thing that you do here is planned and executed after keeping your “rape schedule” in mind. I personally have stopped running due to street harassment, and I am sure I am not the only one. There have been countless discussions in friend groups about street harassment cases, resulting in most of them either giving up fitness altogether, or opting for personal training at home. Women have been followed, leered at, even been touched inappropriately while working out.

How do you make this stop? Before I get there, there are a few more things that I want to talk about.

Street harassment refers to any kind of violation that a woman experiences while working out in a public space. As a woman, running in a public space, doing yoga or even stretching for a warm up guarantees you attention from people. Cat-calls and unwanted comments, randos bursting into suggestive songs as you pass by, and some even joining you as your “running partner” (oh the audacity!) are some examples of common struggles women face when exercising outdoors. Personally, I have had men on two-wheelers and even cars follow me (I didn’t have a phone on me so I took the busiest route so that it would be easy to blend with the crowd) I have had men trying to bump into me on purpose (I’ve yelled at them, making them go red in the face- though the fear  “what if he comes back? what if he follows cos I hurt that stupid male ego?” constantly remained till I got back home) I have also had men come up to me and get friendly because they assumed that being a woman, I knew nothing about fitness, and they thought they could be the perfect coach. Okay then. I once also encountered a man on the streets who came near me and opened his fly (cos apparently he had to pee in what he considers to be his natural toilet- the road) , but thankfully I increased my pace and overtook him before he took out his weapon to answer natures call.

What have all of us done about it? Largely nothing. Because fear kept us quiet. We were too embarrassed to share this with someone. Or we were so used to this here, we thought it’s no big deal..and we never take that route ever again.

We choose clothes that do not “reveal” much. Instead of looking at sweat-friendly, comfortable options, we’re looking at what would be the most modest to wear to the gym (“should cover my cleavage”, “should cover my butt” being the most common concerns) I don’t have any qualms in accepting the fact that I can wear shorts, vests and sports bras at the gym only because I know I have my boyfriend around me at all times, and no other man will come around me (because apparently the presence of another man demands respect, my disinterest in socialising does not) I have heard so many men complimenting a woman working out on her clothes, and not her fitness (mind you, I say fitness and not body) Another common problem I hear from women gym-goers is that when they’re training alone, their workouts are interrupted by men trying to engage in conversation. 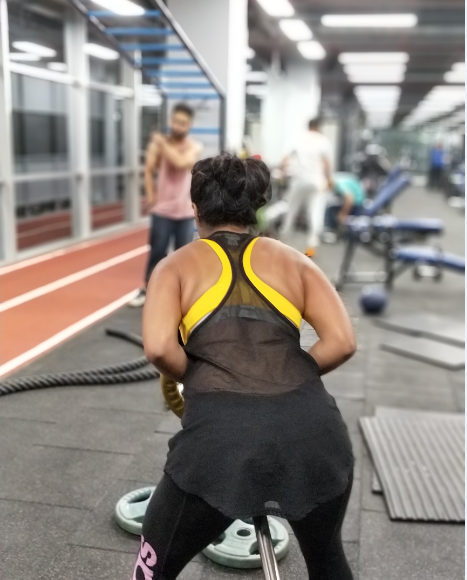 Okay I get it, we’re facing this every single day. But how do we tackle this problem?

Harassment cases have prompted women to take protective measures for themselves, some of which I will list down below. Once again, I’d love it if you’d want to share some tips that work for you. You can reach out to me on email, or simply leave a comment :)

I did not share advice like “wear headphones” or “go to the gym when it’s empty” or “get yourself a trainer who can come home to train” This is for 2 reasons: 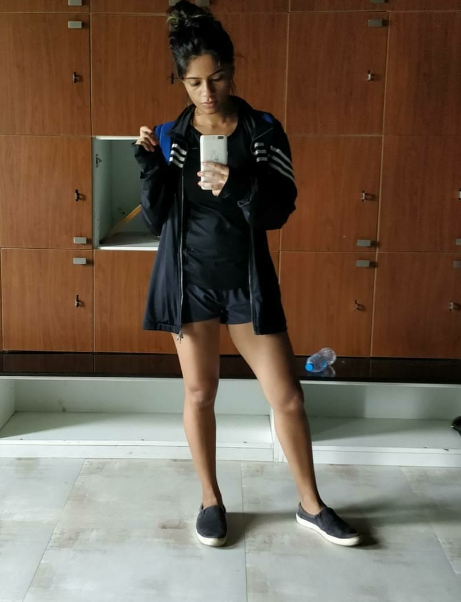 Whether we are exercising outside or in a gym, there is always a chance that we could be subjected to harassment. Instead of being okay with it, getting used to it, or simply stepping back and allowing them to continue their lewd behaviour, it is time we step up to address these issues. Embarrassment and fear have previously made us give up, but not anymore. Even something as small as talking about these harassment cases wrt fitness is enough for people to take notice and strive for change, ensuring that fitness remains accessible and safe for women.